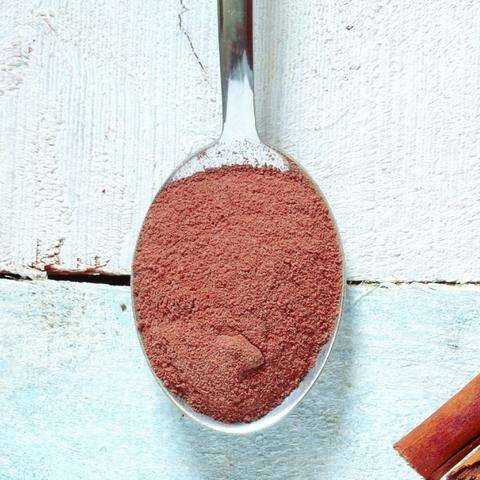 We added a hearty helping of cinnamon to Cacao Bliss, because it has antioxidant, anti-inflammatory, brain-boosting, metabolism-increasing, and anti-diabetic effects, as it has been shown to help your body better process glucose.

Cinnamon comes from the inner bark of the evergreen tropical trees. Researchers have found that cinnamon helps your body store less sugar as fat, which helps reduce your desire to eat sugary treats. Cinnamon is also rich in fiber and manganese, and is a good source of calcium.
Buy Cacao Bliss